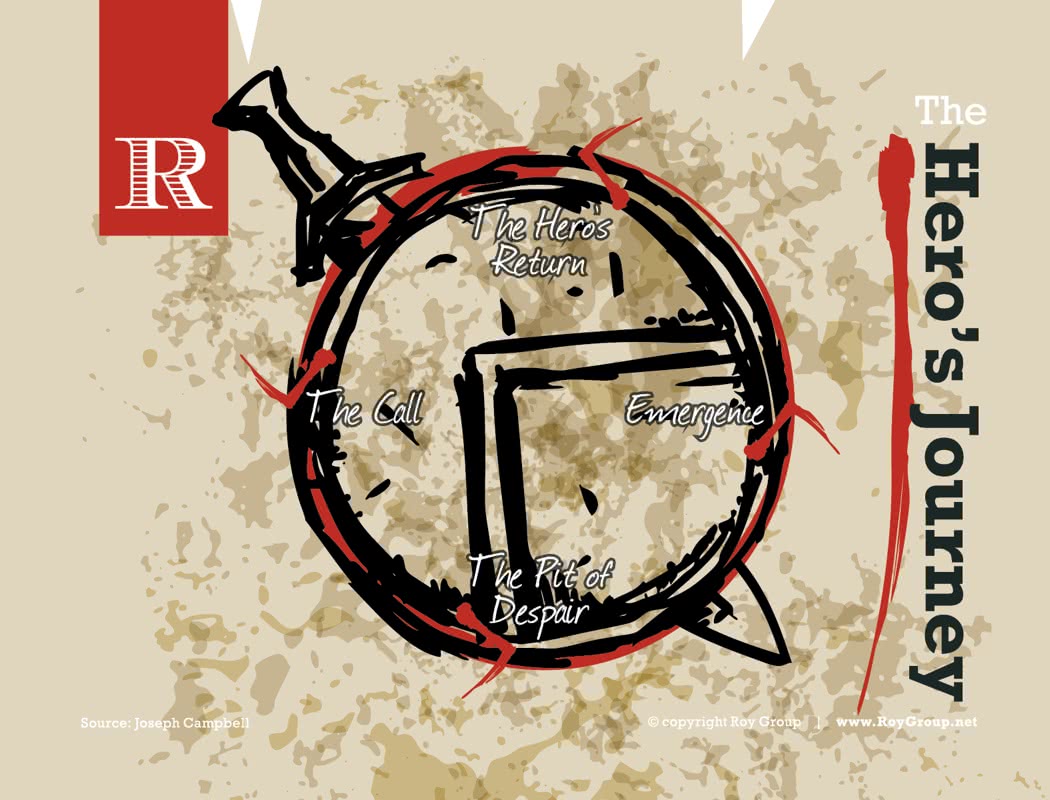 Hang on, because the path to grow your business can be fraught with peril. This is just not a journey for the weak of heart.

Last August, my executive team met with Roy Group for a two-day retreat. The purpose was to focus on making tough decisions that will help us move forward. After several discussions, it soon became clear that a more focused approach in the marketplace would eventually position us ahead of our competition. But in order to commit to a more streamlined offering, we had to take a few steps backward (in revenue and market share) in order to hopefully make a giant leap forward.

It’s easy to say, “Let’s narrow our service offering,” but actually following through on this kind of self-imposed constraint is a different story. It resulted in us examining our skill set, assessing our strengths and eliminating some unprofitable clients who just didn’t fit what we have to offer.

But, as luck would have it, this was not an opportune time for us to make a decision like this. Shortly after our retreat, two major accounts made announcements that they could no longer work with us for reasons beyond our control: the CEO of one account had passed away, and another account was acquired by one of their competitors.

What we thought would be a short-term revenue crunch turned into a full-blown crisis. Just when we thought we had made a terrible mistake, Roy Group pointed out that this was “the call” — a mythical milestone that every heroic venture includes. They were using language from the Hero’s Journey, from the life’s work of Joseph Campbell.

With open minds and eager ears, we listened as they explained the architecture of the Hero’s Journey, a series of events that Campbell believed marked the key points in every human story. It goes something like this:

The hero begins in the ordinary world. When “the call” appears, they enter an unknown world of strange powers and events. This call reveals a crisis that is unexpected, unpredicted, and daunting to the core. Shouldering the gravity of this crisis becomes unbearable, and the hero within the story is filled with doubt, isolation, anxiety and fear, and finds themselves in “the pit of despair” as depression, darkness, and hopelessness set in. If the hero can just endure, the theme of hope makes an entrance, closely followed by the most familiar themes of friendship, family, mentorship and tribe. A new order of things begins to show itself, and there is a bold “emergence”. Fueled with newfound allies and strength, the hero becomes capable of a victory that could not have been imagined in the pit of despair.

During the great banquet or whatever celebration follows the triumph, the hero connects to a sense that there is a new challenge approaching over the horizon. With this, “the hero’s return” marks the time in the story where the hero makes a courageous choice to quest again, to serve again, to lead again, to be tested again, and to throw themselves to forces larger than them, once again.

As entrepreneurs, executives, and leaders, we know this story. It is ours. It resonated with our situation and accurately portrayed the choices we had in front of us. With help from Roy Group, Incite got through.

Here are a few of the lessons I took from this:

Good luck on your journey!

Jared Smith is a long-time friend of Roy Group and long-time community leader in Edmonton, Alberta.