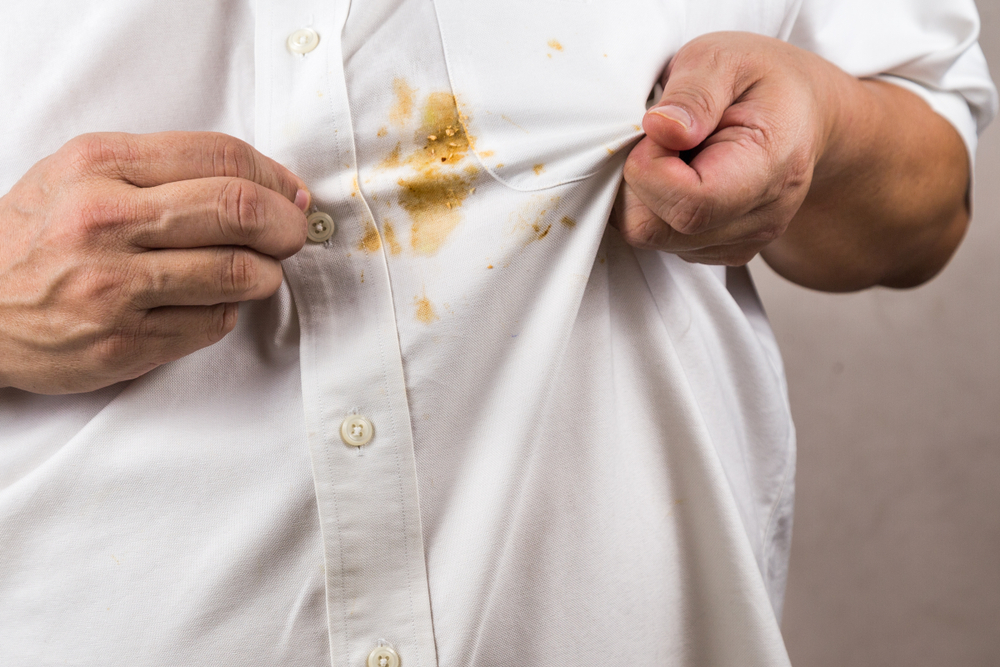 For my last leadership assignment in the charitable sector, I was tasked with leading a small team responsible for community development initiatives in different parts of the world. My first order of business was to gather this team together and establish a culture of trust, honesty and high-integrity work. We had two hours.

In that two-hour session, I spent the first hour emphasizing to this group how deeply I wanted their honest ideas, opinions and feedback. I wanted their help knowing when things were working and when they weren’t.

Before the second half of the session, we took a break. As I washed my hands in the washroom, a healthy helping of my lunch’s pasta sauce stared back at me from my shirt.

I kicked off the second half of the session with a question. “Before now, how many of you saw the stain on my shirt?”

About a third of the team raised their hands.

“This is exactly what I’m asking for,” I said. “If there’s sauce on my shirt, you can tell me. In fact, this doesn’t work unless we can tell each other.”

That night I was still truly baffled. Why, in an hour-long session about honesty, trust and integrity (that included a break WHERE ANYBODY COULD HAVE PULLED ME ASIDE), did nobody tell me about the pasta sauce on my shirt?

I suspect that part of the answer comes down to speaking truth to power – a fear of saying something that might embarrass the new boss. If you look underneath that fear of embarrassment though, there is an interesting assumption that failure is bad: that it is somehow shameful.

This isn’t a phenomenon unique to the social change sector, but it is very instructive to it, because it shows that our ultimate success as a sector is fully dependent on resetting our relationship with failure.

Resetting our relationship with failure is critical to addressing the crises that civilization is facing.

Let’s take a drive-by of just some of these crises. Income disparity. Climate change. Mental health. Even if there’s a clear solution for any one of them, the way forward for widely implementing that solution is not so clear. Many of these crises have persisted for decades, resistant to the best resources, data and technological innovations that we’ve deployed against them.

Our approaches to solving these problems are not having the right effect. We’re in a position now that begs leaders of social change to try something new. Something different.

We’re going to have to try a lot of new things if we are to find a marriage between a bold enough solution and its catalyzing vector.

To solve these problems, we need to play with the dials of what we do and how we do it. One way is by shaping a barrage of intelligently designed experiments, and sending out a series of tests — probes, if you will — into our surroundings, without knowing exactly what might come back. Some of those experiments will work. And some of them won’t.

Some things might have to get worse before we can make them better.

I don’t mean we’re not going to act until the crisis worsens. What I mean is that each experiment becomes an opportunity to learn. From success of course, but also from failure. Thomas Edison, whose repeated experimentation eventually handed us the light bulb, reportedly quipped, “I have not failed. I have just found ten thousand ways that won’t work.” Our priority needs to be learning from both success and failure so that we can create the next series of experiments, repeatedly iterating until we establish a virtuous cycle of learning and change that enables us to find our way through these most complex of problems. The faster we can learn, the sooner our emergence into a better world that we all sense is possible.

If that approach feels risky, that’s because it is.

There is a natural tension between innovation, experimentation, risk and failure: innovation is stunted without the other three. And my hunch is that a lot people speak of a desire for innovation while simultaneously fearing the implicit risks and failures that are so necessary to the learning. One result of that fear is to sweep failure under the rug and hope that nobody sees it.

This is the death knell of innovation.

Leaders of social change will need to form a rock-solid relationship with failure if we’re going to find a new way forward. We must build an appetite and an aptitude for guiding teams through learning from both success and failure in equal measure.

But I’ll let you in on a catch-22. For very good reasons, many people passionate about making a better world shudder at the thought of causing any harm, even for a moment. It makes us incredibly cautious at how we approach change. But playing to this sense of caution holds us back from the bold actions our thorniest issues demand.

Raising our tolerance of risk does not mean we move forward irresponsibly. Our probes must be intelligently designed to minimize unintended, damaging consequences. We should make it as safe as possible to fail. Even so, like all good experiments, much of the best learning will emerge unexpectedly, in the experiments over which we have the least control.

Unintended consequences are both inevitable and desirable as we strike out into new territory.

Some of our efforts at change might make things worse before they can make things better. Making things worse certainly isn’t the goal, but it is a possibility we have to open ourselves to, so we can talk about what isn’t working, learn from it and, in the process, uncover the things that do work to transform ourselves and our communities.

Keep doing what you’re doing, but in the meantime, pick a few experiments. Make them small. They aren’t THE solution, just some first steps in testing a hypothesis of change. Let your team know that this is an experiment in which learning is the priority. Run the experiments out there in the world, and then come together as a team to evaluate their impact. Then take that learning and craft the next round of tests.

Take some risks. Watch the impact. Talk them through — openly, without defenses or fear. Don’t worry about how the guy is going to feel if you tell him he’s got tomato sauce on his shirt. You’re not in the game to hide the tricky things.

Lead with courage — and accept that it will evoke change. I suspect you’ll find some surprising results.