Nonprofit storytelling is broken. It no longer tells the truth, and I think it might be my fault.

It is both broken AND our fault because of how we as an audience engage with the complex work of the nonprofit sector. Our fickle engagement has been pandered to by charities in their efforts to wrest increasingly scarce charitable dollars from us.

For some time now, a shift has been underway in how nonprofit organizations tell stories. Thankfully, we’ve moved away from the guilt-inducing telethons and World Vision ads of the 80s—examples that Gen X will never forget. However, these were replaced by a new breed of stories. Stories meant to make people feel good about how simple it can be to play a role in solving the world’s ills.

These are stories of empowerment. They are very effective at motivating us to give money. Yet they can be extremely problematic for a variety of reasons. What I want to focus on here is the effect that a monoculture of empowerment narratives has had on the work of the nonprofit sector.

And before I go on, I want to say that I’m all for making people feel excited to be a part of the changes this world so definitely needs. I do, however, want to pay attention to what happens when this is the only way people engage.

I see three problems with the empowerment narrative.

1. Oversimplification of the problem
One side effect of the empowerment narrative is the oversimplification of a problem to the point where it loses its urgency and makes us lose sight of the real impact of the issue. The empowerment narrative takes complex individuals, communities and contexts and turns them into sound bites engineered not to tell their story robustly, but to drop a warm fuzzy into the life of a potential donor.

It’s the warm fuzzy, see, that opens up the pocketbook.

2. Resistance to telling the truth
Another effect is that, for fear of alienating their donor base and overwhelming an audience, nonprofit organizations often resist unpacking the complexity in which their work exists. I believe this diminishes our collective ability to grasp what’s at stake, and also to find new ways forward.

3. Fear of admitting failure
The empowerment narrative has a third effect. It shares stories of our successes, but not of our failures. The danger of focusing exclusively on success, however, is that it leaves much of the key information on the table.

Yet our ability to learn and grow from failure is precisely how we find a better way forward.

For the trickiest of issues, the sound-bite approach to storytelling conveys a false confidence that “we got this”. It avoids admitting, We’re not entirely sure what the way forward is. This is very unpredictable work. Nobody really seems to have the answers—including us—but here’s what we’d like to try.

And yet, this would be a way more authentic statement. It demands honesty about the nature of the issue we’re facing, what’s at stake if we don’t face it, what we know about the issue, a bit of what we don’t, and what our options are.

So how do we get to that authentic statement?

First, we acknowledge that “fear about the money” hamstrings good, honest storytelling.

Both of the historic approaches to storytelling in the nonprofit world — the guilt-inducing and the Yay-look-what-your-money-did! — have focused on raising awareness and money, with a growing emphasis placed on the latter (i.e., get on people’s radars and then get them to give you money).

As the function of stories has morphed to drive revenue generation in a competitive landscape, the stories themselves have morphed to fit that function, telling only the pieces that will leverage open a donor’s pocketbook. This typically puts constraints on the messaging. But solving social problems shouldn’t be a competitive endeavour where we pit one organization against another in a race for a solution. It is a collaborative effort best served by sharing the hard-won knowledge that comes from both grit and glory, success and failure.

We as a donor base, and especially wealthy families and large foundations, need to show the sector that we are hungry for a bigger dose of the full picture.

That we won’t shy away from the tough stuff.

That we won’t punish organizations by withholding money when they’re transparent about the fact there is no silver-bullet solution to the hardest social issues.

And while there are groups that aren’t afraid to go off-script from the empowerment narrative — Sea Shepherd and Greenpeace pop to mind — most nonprofits don’t feel safe in taking that kind of risk.

By being honest about not knowing the way forward, we can become bolder in the things we attempt, ultimately spurring a stronger response to the urgent calls to change what we as a society are facing.

We’re increasingly aware of the value of our audience’s time. Yet this often means the complex problems most charities work on get communicated to the public via reductionist, feel-good sound bites.

Yet we as a society are better served when we share these complex problems honestly — when we can hear what’s hard about an issue, learn from what’s been tried in the past and forge new options that might just work as part of the solution.

This doesn’t mean we need to write 4500-word treatises. This does mean we have to stay creative. Innovative organizations like Story of Stuff show us how it’s possible to sketch a complex problem from end to end, and compel viewers to be a part of finding solutions.

Have you been to a F*ckUp Night? This is a forum where successful entrepreneurs gather to tell their stories of how they almost cratered their organizations through hubris, a lack of foresight, hiding the gritty truth, or [insert universally dumb, disconnected-from-your-values human behaviour here]. The stories are huge, compelling, gut-wrenching. Sometimes you leave wondering how the storyteller had the audacity to keep going.

These stories are largely told by the business community. There’s something sexy about startups, especially when they’ve got a we-almost-screwed-it-all-up failure story. 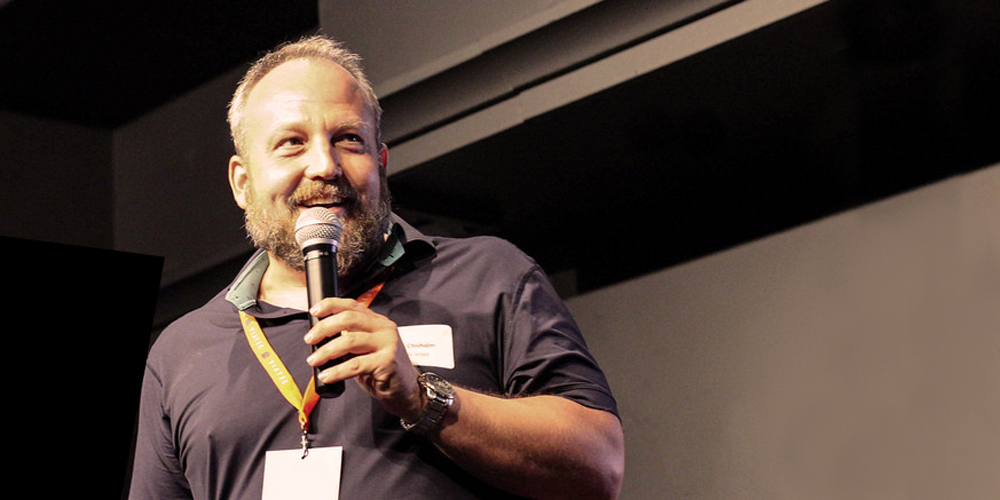 But where’s the safe space for that kind of raw confession in the nonprofit sector? That’s so much less common. As a beautiful outlier, Roy Group co-founder Ian Chisholm kicked off the Victoria chapter of F*ckUp Nights with his own story of an error back when he was leading a nonprofit org on the Isle of Skye. It nearly cost the organization its life. We need more of these stories from social impact organizations in the mainstream narrative.

And we need the public to be okay with the fact that failure happens in every sector.

Let’s open up the dialogue in our storytelling to tell the public what’s hard about solving complex social issues, what’s been tried but hasn’t worked, and where we need to go. Such honest accounts, repeated over time, will invite the awareness, learning and creativity that will help us move more boldly toward new possibilities for a more harmonious and equitable world.

Sociologist Brené Brown has injected the words vulnerability and shame into our professional midst, and we’re now giving each other—and ourselves—permission to show up in a more real way. As part of donor education, I encourage people in the sector to always share something of what’s hard when telling their story.

F*ckUp Nights provide an example of what can be gained when we put our vulnerability and shame on the table and depart from the empowerment script. In those moments, there’s so much that we can learn from each other.

Some organizations have begun taking steps toward greater transparency with their donors and stakeholders. Every now and then you’ll hit a “Lessons Learned” tab on a website.

Uncharted cuts straight to the chase with a very clearly labelled “Failures” menu item under their “About” tab. Here, they talk about how they:

And none of it makes us love them any less.

This kind of candour brings us closer to what we all know is a much healthier and productive state for organizational functioning. Transparency builds trust.

These approaches create forums that foster learning across the sector and among peers by blending stories of both success and failure. The pressing problems we face as people on this planet deserve this level of high-performance learning and honesty.

It’s the kind of truth we need.

Work with Iain to strengthen your organization.